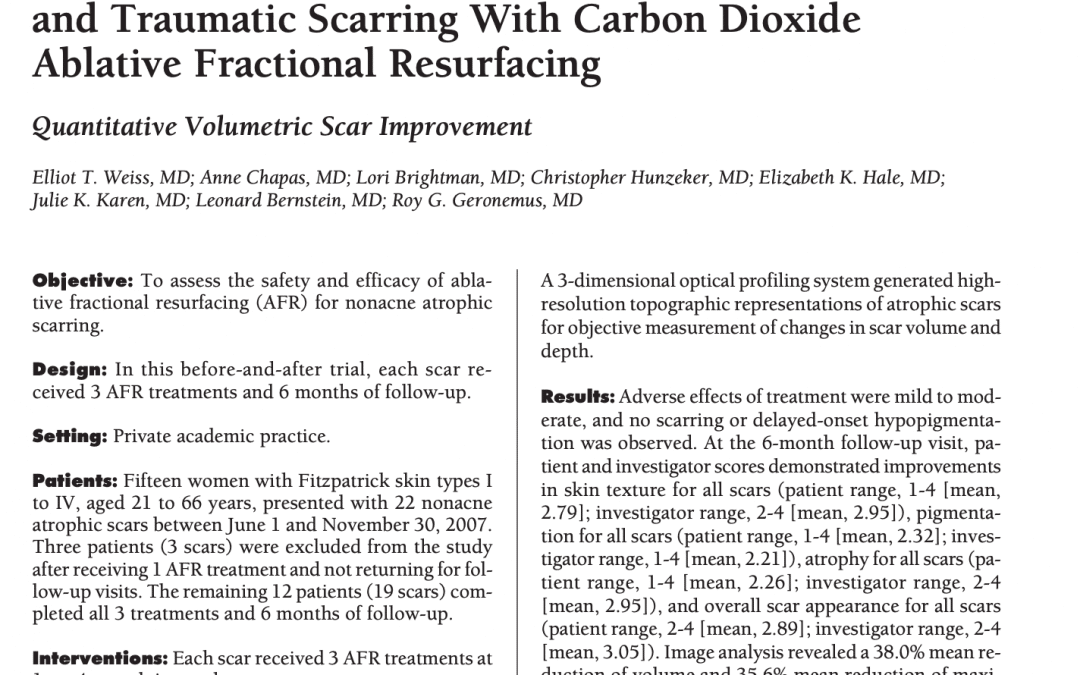 The study has led to a significantly improved outcome in the appearance of a variety of scars. A simple but extraordinarily effective treatment of a common condition—bruising– was described in “A Simple Solution to the Common Problem of Ecchymosis”.  Arch Dermatol, Jan 2010; 146: 94 – 95.  This treatment can be used for bruises from fillers, botox, surgery or traumatic injury. The treatment is quite simple with a very quick response with improvement notes within hours.

By LASER & SKIN SURGERY CENTER OF NEW YORK® | © 2021 All Rights Reserved. Design & Development by Goldman Marketing Group | Sitemap | Privacy Policy | The information available on this web site is provided for informational purposes only. This information is not intended to replace a medical consultation where a physician's judgment may advise you about specific disorders, conditions and or treatment options. We hope the information will be useful for you to become more educated about your health care decisions. If you are vision-impaired or have some other impairment covered by the Americans with Disabilities Act or a similar law, and you wish to discuss potential accommodations related to using this website, please contact us at (212) 941-5055.